Fun Trivia About the Number 8 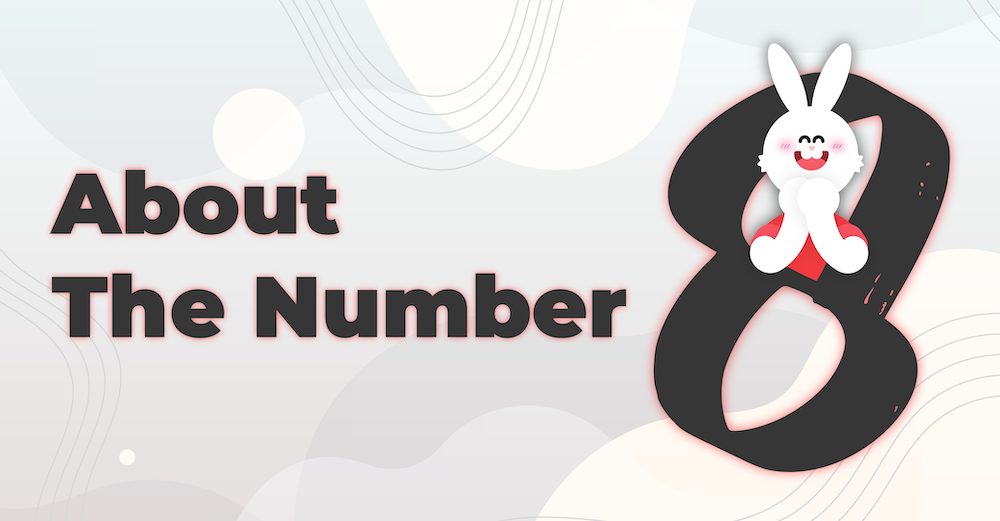 The number 8 is a significant number in many Asian cultures and there are many fun facts surrounding it. For example, did you know that a byte consists of 8 bits? Or that there are 8 planets in our solar system and the 8 notes in music are known as an octave? 🎶

Eager to learn more fun trivia? Let's dive into them together! 🤿


It's an auspicious number in Chinese culture


In Chinese culture, 8 is a homonym for prosperity. The number 8 is pronounced as 'ba' in Mandarin, which sounds similar to 'fa', a word that means "to make a fortune" 🧧

In China, it's common for people to pay more money to get a telephone number or license plate with 8 in it or to favour living on the 8th floor of apartments.


Almost all arachnids have 8 legs


And their cephalopod relatives like octopuses have eight limbs, too! 🐙


8 is a significant number in major religions


In the Bible, 8 human beings (including Noah) boarded the ark.

In Islam, there are 8 angels carrying the throne of God in heaven.

And in Taoism, the Eight Immortals are a group of legendary xian (immortals) who can transfer their powers to a vessel to destroy evil or bestow life 👍

Rudolph, the red-nosed reindeer, was created by Robert Lewis May as part of an assignment for Montgomery Ward. Since the mid-20th century, Rudolph has been generally accepted as the 9th reindeer in Santa's herd of reindeer in popular culture 🎅


In numerology, 8 represents the achiever


It is also a representation of balance, as depicted by its symmetrical shape. And when viewed on its side, it looks like the mathematical symbol for infinity.

In a Tarot deck, 8 is the Strength card, and it represents inner strength, bravery, and compassion 💪

Do you have the inner strength and bravery to make your way through our 8.8 Mega Sale that features hot-selling items, Presto Gift Cards, groceries, electronic gadgets, and more? Get lucky and score yourself a good shopping deal! 👍